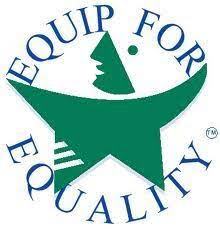 Springfield – Earlier today, Governor Pritzker signed a new law that will protect Illinois students in schools by barring dangerous forms of isolation and physical restraint unless there is “imminent danger of serious physical harm” while schools work towards reduction and total elimination of these practices over time.

“We commend the Governor for signing this major reform legislation that establishes strong statutory protections for students and rights for parents for the first time in Illinois,” said Zena Naiditch, President and CEO of Equip for Equality, a non-profit group designated as the federally mandated state Protection & Advocacy agency for Illinois.

In the new law, prone (face down) physical restraint, one of the most dangerous and potentially deadly forms of restraint, is only allowed in narrow circumstances for one more school year (2021-2022), then it is banned.

“We spent much of the last two-years working closely with the bill’s sponsors as they negotiated with state school associations opposed to various restrictions and seeking delays in implementation. It’s wonderful to finally see this historic bill pass. We now need to shift our focus to ensuring effective enforcement by the Illinois State Board of Education [ISBE]—a provision we worked to make sure was included,” said Naiditch.

Equip for Equality drafted several key provisions in the bill, including a new mandate that ISBE establish goals and benchmarks for schools over a three-year period. Schools are required to develop and implement plans to meet those goals and benchmarks. Regular progress reports must be submitted to ISBE. If schools fail to do so, ISBE is now legally required to sanction those schools.

The law establishes a higher standard for use of all forms of seclusion and physical restraint with a very narrow exception for seclusion. It immediately prohibits the use of mechanical and chemical restraints.

“While prone restraint is particularly dangerous due to the high risk of asphyxiation and aspiration, the reality is all of these practices are inherently dangerous to students and can result in significant and long-lasting emotional trauma, serious physical injury and even death,” said Naiditch. “These practices can also be dangerous and traumatic to staff. Restraint and seclusion take a tense situation and make it even more physically volatile.”

To ensure schools comply with the new documentation and reporting requirements regarding these practices, ISBE will review, audit and monitor their usage and establish progressive sanctions for schools that fail to comply.

Another proposal from Equip for Equality that was incorporated into the law requires timely notification to parents and guardians of all incidents involving restraint and seclusion. Parents must also be given the option to meet with school personnel to discuss the events and how the student may be better supported in the future to further the goal of using less restrictive, intrusive and traumatic interventions.

“It is important to empower parents of students with disabilities so that they have a voice in deciding how their student will be supported at school,” said Naiditch.

Legislators began to meet on an earlier version of the bill over two years ago following an investigative series by the Chicago Tribune and ProPublica Illinois. The first story in the long-running series focused on misusing isolation in schools. Hours after it went to print, Governor Pritzker issued a statement calling for a ban on the dangerous practices.

The following exposés detailed alarmingly widespread misuse and abuse of these practices in Illinois schools and the failure of many schools to comply with already existing laws.

Representative Jonathan Carroll, who had experienced seclusion first-hand as a student in special education, sponsored the bill along with Senator Ann Gillespie.

Equip for Equality’s Director of Public Policy, Cheryl Jansen, said, “We are grateful for the leadership of Representative Jonathan Carroll and Senator Ann Gillespie on this critical issue and their perseverance and commitment to achieving significant protections for Illinois students against the dangers of restraint and seclusion in schools.”